5 Ways to Rewrite the Sentence Correctly

Rewriting sentences correctly is a useful skill for all writers. It allows them to restate the ideas of other people in their own wording, and it lets them improve their own write-ups as well.

You can rely on an article rewriter to help you out, but that will not help you grow if you don’t use them properly. Using tools can help with passive learning, but they can also be used to aid in active learning.

In this section, we will discuss the techniques as well as the correct way to apply them. We will also see some examples of tools applying these techniques.

1. Use Synonyms to Replace Words

The most basic technique of rewriting is synonym replacement. In this method, the writer goes over the sentences and replaces some words with their contextually correct synonyms.

For example, the first sentence of this article…:

“Rewriting sentences correctly is a useful skill for all writers.”

…can be rewritten as:

“Rewriting sentences properly is a valuable skill for all writers.”

As you can see, “correctly” was replaced with its synonym “properly” and “useful” was rewritten as “valuable”. The rest of the sentence remained unchanged. This is called synonyms replacement.

Now let’s see how a rewriter tool does the same thing. If we provide the same text to a tool, then we get the following result:

The rewriter tool changed “valuable skill” to “treasured talent”, which is correct in the given context as well.

But, you can see that even if one or two words are changed, the overall sentence still looks very similar to its original version. If your objective is to rewrite the sentence and make it unique, then you should utilize two or three techniques at once. We will look at some other techniques moving on in this post.

Active and passive voices are used to describe how something was said or done. But the way they do it is completely different.

In active voice, the subject is followed by the verb, and the emphasis is put on “who” is doing the action. While in passive voice, the “object” on which the action is being done is more important.

An example of a sentence in active voice is as follows:

“He poured the water into a glass.”

Note that “he” is the subject, and it is directly followed by the verb “poured”. The reader realizes that the action is done by whoever is “he”. Now, rewriting it in passive voice will change it, and it becomes as follows:

“The water was poured into the glass.”

Note that the subject is gone in the rewritten version, and the emphasis has shifted to the object which is “water.” Both sentences describe the same action but they place importance on different parts of speech. We can also see that the sentences look quite different from each other.

The active voice sentence “He saw some stones” has been rewritten in the passive voice as “Some stones were seen by him.”

A great way to rewrite sentences correctly is to change the forms of words used in them. What do we mean by changing word forms? Well, you may know that certain words that are nouns also have verb forms as well. A common example is that of the verb “consume.”

“Consume” is a verb that means “to eat” or “to use up” some kind of resource. However, it also has a noun form. The noun form is “consumption.” To change word forms you also have to modify other parts of the sentences. This is to accommodate the changes and prevent grammatical errors.

Let’s take an example of changing word forms for rewriting a sentence.

“His car consumes an absurd amount of fuel.”

If we change the “consume” to “consumption” we will get this:

“The fuel consumption of his car is absurd.”

We can see that the sentence was also changed from active to passive voice. This also means that utilizing multiple rewriting techniques is an effective thing to do. In fact, we can see that rewriting tools frequently use multiple techniques at once to make very thorough changes to the given text.

Word order is one of the most important aspects of rewriting. In English, the word order can alter the meaning of a sentence significantly. So, even though we can use this technique for rewriting we have to do it in a way that the meaning remains unchanged. That is why this is an advanced technique of rewriting.

Rewriting tools are very adept at using this method as well. Let’s see how you can rewrite a sentence by changing the word order.

We will take the sentence in our first example again.

“Rewriting sentences correctly is a useful skill for all writers.”

This can be rewritten as:

“A useful skill for all writers is rewriting sentences correctly.”

We can see that the words “useful skill” were moved from the second half of the sentence to the first half. The “rewriting sentences correctly” was moved all the way to the end.

The sentence now looks very different from its original version, but if you put them side-by-side one can spot the similarities. If you supplement this technique with synonym exchanging as well, then the rewriting will become more thorough.

This technique that we have used already, but we didn’t mention it to avoid confusion. Basically, changing the sentence structure means moving the parts of speech such as nouns, pronouns, verbs, and adjectives from their places in the sentence.

We saw this in action during the active-to-passive voice conversion; the place of the verb was changed and we moved the object as well. However, do keep in mind that changing voices may require changing sentence structure, but they are still two different techniques.

Now, we will check out some examples of changing the sentence structure for rewriting.

“He worked on for hours on end in the rain”

This can be changed to:

“In the rain, he worked for hours on end”

We moved the noun “rain” and its descriptive parts “in the” to the beginning of the sentence. This is called a “noun clause opener”.

Another example is where an opening adverb clause is replaced with a normal opening, as is shown below:

“He whipped his head back and dodged the stray ball”

“Whipped” is an adverb as it defines “moving/turning quickly”. This is an adverb opening clause. We can change the sentence structure as shown below:

“As he whipped his head back, he dodged the stray ball”

In this example “and” was removed. Although the change wasn’t that significant, it still counts as altering the sentence structure.

If we run similar sentences through a rewriter tool, then they will be changed using multiple techniques at once. Let’s see what that looks like:

There was minimal change to the sentence structure as only “and” was removed, but a few words were replaced with their synonyms as well. Just like that if you utilize multiple techniques at once, then your rewriting will become more advanced.

By utilizing these techniques and taking help from rewriting tools, you will be able to rewrite sentences correctly sooner rather than later. Is a Paraphraser Effectiv... How to Rewrite an Article... 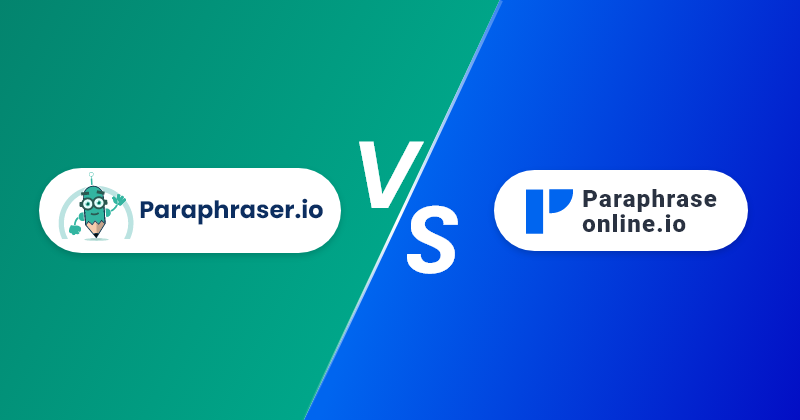 Disable your ad blocker and refresh your page to carry on.